Our glorious leaders have found the world not to be of their liking and are on a mission to ‘tidy’ the ‘mess’.
Meanwhile the art world – the world that claims to want to make people think, contemplates its navel – as ever.
Forget your art ‘career’. Do something to make art relevant again. It needn’t interfere with your ‘mode of production’ for any more than one piece. If you claim to stand for art, then you stand for culture, you stand for reason and rationality against the natural order of violence and barbarity.
Make an A4 piece of work with the words ‘no war’ somewhere in it – PLAINLY. Photocopy as many as you can afford and make your town your gallery.
Fight the order and make a mess.
This isn’t about art theory.
If you want irony, consider the fact that world leaders consider it morally inexcusable to assassinate a world leader but wholly acceptable to bomb civilians for their greater freedom. Stop ‘deconstructing’ their world before they absolutely deconstruct ours.
It’s not about changing the world because they’re not going to let us.
The mass media want a war because they want the ratings; the politicians want a war because it’s about markets.
If they put a tenth of the military budget into peaceful solutions they could eliminate the inequities that foster the extremists – but they wouldn’t control the prizes of conflict, the oil markets.
A war has an economic dividend for the victor. It’s not about democracy, it’s not about revenge, it’s not about justice and it’s not about freedom.
It’s about cleaning up, ideologically and financially.
Don’t let them clean up without at least making a noise – or they think they’ve got a mandate for murder.
Because you were too busy to make a mess. 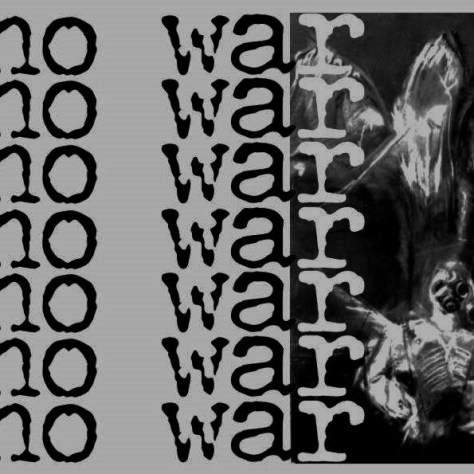