Thirty or so years ago I was drawing on newspaper and old packaging as a means of saving money on art materials; I didn’t see the point in wasting money on making work that wasn’t going to be exhibited or sold. At the same time I even used old jeans and bed sheets as affordable replacements for canvas to paint on. This developed into an accidentally discovered aesthetic of finished conte and pastel drawings on recycled card packaging that went much further than my original money-saving idea from the 1980s.
With the explosion of the new ‘urban art’ movement around the turn of the millennium I found this aesthetic to actually be in demand and have probably sold more drawings on recycled card and newspaper than on expensive art papers. This method of drawing (and I am not laying claim to being its originator) is now becoming relatively mainstream and I am frequently asked, by students and other artists, on the methods I use for the treatment and preservation of art made this way.
Well as should be the way for all artists, I want to develop other avenues rather than sitting still, so alongside this existing drawing method I have also been returning to a more finished process. After several months of experimenting; rejecting the dead-ends and pursuing the interesting developments, I’m coming to a personally new method of a more exacting drawing that incorporates gouache as a base on canvas.
These are the first six of these ‘finished drawings’. 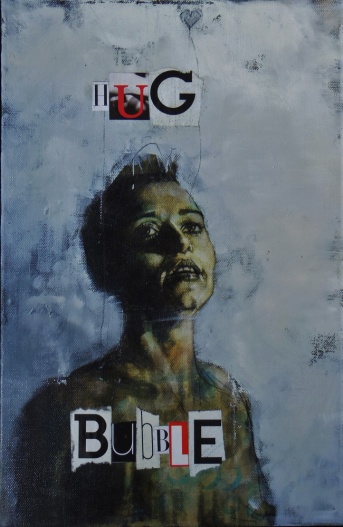 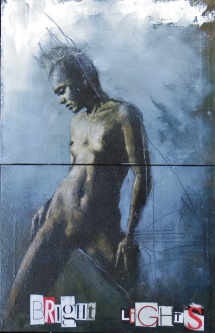 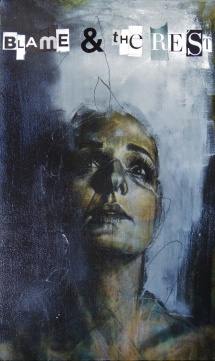 One thought on “Because we were angels (new drawings)”

Leave a Reply to Peter and Cate Whitehead Cancel reply