I’ve been angry for years. Ever since a friend woke me up politically back in the early 80s with handed down copies of New Internationalist, Marxism Today and New Society.
I moved on through direct action protests, working with campaign groups and other (less publicly celebrated) organisations; disappeared into the ideological anarchist camp and have since, more or less stayed there.
I’ve tried occasionally to direct that anger through my painting as, deep down and probably as a consequence of being bullied at primary school and being kicked unconscious by Fascists as a teenager, I’ve always considered myself allergic to physical violence. It was easier to shout from a gallery wall (some would probably say ‘softer’) than to sit in the back of a van, with a bunch of fellow anti-fascists, waiting for trouble to turn up outside an Asian family newsagent. To be honest I was crap at it too – as anybody that knew me then will testify. I won’t be auditioning for any future Luke Skywalker roles; the force has long gone.
And sadly (I think) I now find it increasingly difficult to maintain that political anger. It used to be easy to whip up enthusiasm amongst friends and new compatriots when an offensive political issue raised its head. The world IS going to hell in its proverbial handcart. I don’t think I’m being unduly pessimistic or dismissive of previous similar claims throughout history; I think resignation is the pragmatic approach.
Religion seems to be the new political creed. Now that (apparently) all the old ideologies have died there’s no point attempting to effect change – just pray for a divine intervention to sort it all out for us. The UK is in the middle of its fourth Afghan war and it is plain what strategic direction that is going. Global free-market capitalism has upended and shown its fundamental flaws but the machine is not only allowed to carry on – the taxpayer has to support it. There is clearly a scientific consensus on human induced climate change but little political effort is making real difference because of excessively noisy multinational corporate lobbying. I don’t know why we worry about a mass extinction instigated by an ‘odds-on’ meteor strike – it looks like humanity’s doing a good job on its own.
There clearly needs to be a major global social or climactic crisis that interrupts TV transmissions for a week or so. That might generate a bit of mass-enthusiasm for progressive political change. So I’ll be waiting. And I won’t be angry anymore – my head can’t afford it. I’ll just be resigned to the fact that I’ll be waiting a bit longer.
Don’t expect any more angry paintings – I don’t think they’re in me anymore. Perhaps my lights will go out before the world’s. I hope so – for the sake of my children and my grandchildren. 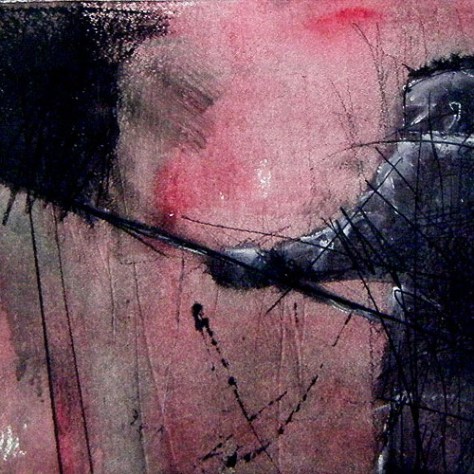