These last few months we have seen extremes of weather around the world that should be making all of us sit up and seriously address the problem we have known about, but have been ignoring for the last few decades.
Climate change is not something that is coming. That particular train left the station years ago. Climate change is happening now and we need serious actions to be taken at a governmental and international level to arrest the worst potential outcomes.
This is an existential crisis for humanity – it is THAT serious. But the world’s politicians are more interested in maintaining the economic order that brought us here than making an effective difference.
Perhaps it is our fault too. We expect these elected public servants to maintain the machinery of state without too much involvement on our part, bar the odd election. So their minds need focusing and it’s up to the electorate to do it.
The extremes of weather that we are now being told by our media to accept as the ‘new normal’ are not going to disappear in our or our children’s lifetime. We have continued to pump increasingly large volumes of climate warming gases into the atmosphere over the last ten years that have yet to realise their full effects. And this doesn’t even take into account the increasing volume of methane ejections likely from warming deep seas and melting tundra.
I’m trying to think of the appropriate, scientific, critical, mature, reasoned and temperate language to use but the only phrase that keeps coming to mind is: WE ARE FUCKED.
The arctic ice (that which remains) is at its thickest point, now only two metres deep. The same areas, just north of Canada and only six years ago,were between three and five metres deep. Once it has all gone, and it WILL go, there will be nothing reflecting sunlight back into space – only amplifying the problem of warming sea water.
We need serious and immediate action to be taken at a global, governmental level.
Demand of your political representatives that they research the issues online and then that they act.

And that’s just a short starting list. The politicos will jump up and down and declare that this list is all unaffordable and inefficient – whilst simultaneously they and their colleagues are finding the funds to fight oil wars or refinance a banking sector that helped bring us to this catastrophic point.
We need to ditch the failed economics that brought us here, or it will destroy us. We need to abandon the failed dogmatic religion of endless economic growth and accept that we have had (in the western world at least) the best of it. We need state intervention because without it we’re going down.
Ask your representatives if they accept that the crisis is, in human terms, existential.
If they do not accept the gravity of the situation they need calling out on all social medias with the evidence presented by 97% of the qualified scientific opinion.
If they do accept it then ask what is their personal assessment of a potential solution ‘in an ideal world’.
Do they accept that the solutions must be as drastic as I have suggested? If not, what would they suggest to be as equally effective.
If they accept the scientific opinion, particularly that recently raised that says we’re probably at serious ‘tipping point’ temperatures already, then ask them why are they not acting accordingly.
Call them out.
Or vote them out.
We are running out of time.

Climate scientists reveal their fears for the future 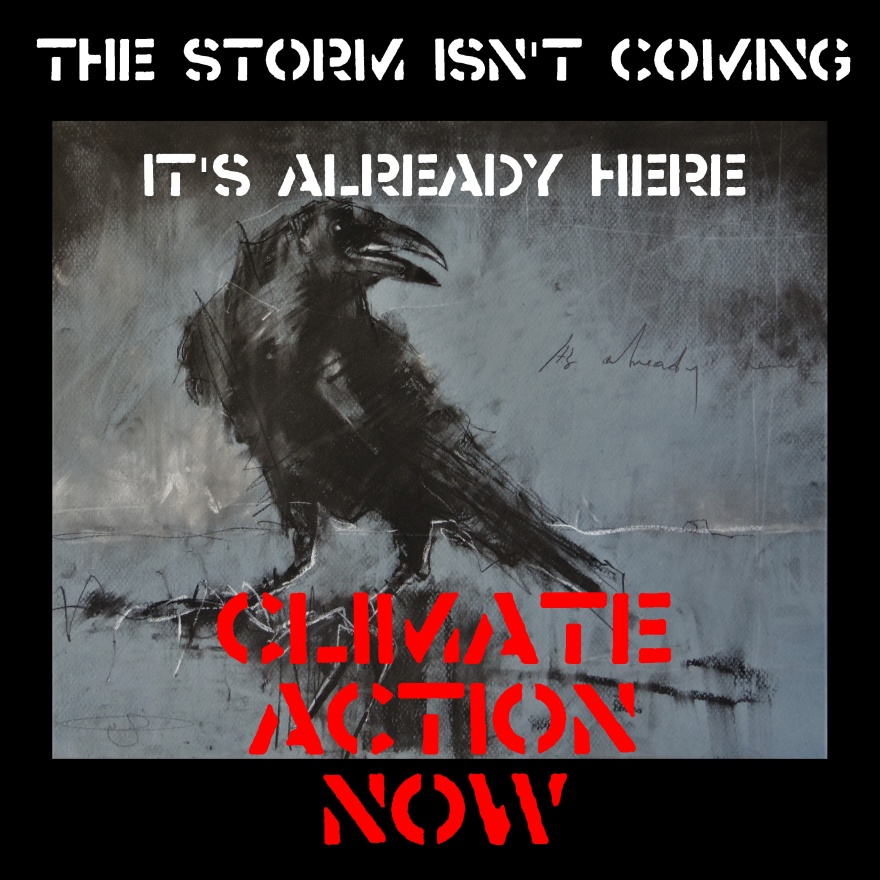 back to writing menu